Koltira tucks the bow under an arm. “Right, so, Ghostlands would be that way.” He points the direction Alisbeth had gone. “Unless you want to take the scenic route?”

Anarchaia purses her lips in the other death knight’s wake. The butterfly flutters off. “Scenic route.” She turns and steps carefully through the rocks again.

She pushes her hood up and kicks another pebble from her path.

His brow furrows. “Something wrong?”

The mage gives a reassuring smile and shakes her head. “No. Just happy to be alone again.”

“That makes two of us.” Koltira wraps his arm around her shoulders.

Anarchaia chuckles and brings a hand up to hold his. “You want to be left alone? You’d like me to go?”

He shakes her by the shoulders. “Alone with you.”

She hums and sets a finger on her chin. “Are you sure? You’re not bored of me?”

Koltira hisses through his teeth. “Swear to gods, Ana…I swear to gods.”

She jerks and flushes. “I’m sorry! I’m sorry… I just…worry…”

He rolls his eyes dramatically, but says nothing.

Anarchaia turns quickly to him and grins. “I’m kidding! I know you love me. You…do love me? Kidding! Kidding. Heh.”

Koltira leans down to whisper in her ear, “Ana, shut up.” He kisses the side of her head. “Now, on to things more fun than crippling self-doubt.”

Anarchaia smiles and pulls her mask down. “We should duel sometime.”

The mage turns and shrugs. “You don’t want to know who would win?”

He gives her a strange look. “You just want to incinerate me, don’t you?”

Anarchaia turns and hugs him tightly. “Why do you keep thinking I want to kill you? Who would make me happy otherwise?”

“Just about any other person that doesn’t have a heavy dose of self-loathing.” He shrugs.

Anarchaia reaches up and takes both his cheeks in her palms. “The people who hate themselves love the hardest. I wouldn’t want anyone else.”

The elf smiles down at her. “If you say so.”

Anarchaia scoffs and pushes his cheeks together before turning back to the ruins. “Have I ever lied?” She pauses. “To you?”

At the other end of the ruins, Koltira looks out at the bright area. “I suppose you haven’t…yet.” He chuckles, then frowns. “They’re so much like the withered… I’d heard about them, but… It’s hard to imagine that some of those wretched might have been someone I knew.”

The girl looks out over the same land and frowns as well. She sets a hand on the back of his cuirass. “Perhaps they aren’t suffering this way. I’m sure they still hunger but…there are worse pains to feel.”

He sighs. “I cannot agree or disagree with you, because I never felt the hunger of my people. Let’s go. And…be careful, they don’t look like the most mentally stable bunch.” He slips over the rubble and holds out a hand to her.

Anarchaia nods and takes his hand, stepping down. “So would you consider your death a blessing in disguise?” she chuckles. “Having to feed off runic power instead of magic. Perhaps I should become a death knight.”

Koltira cocks his eyebrow at her. “I don’t feed off runic power, I use it to strengthen my abilities in battle. And I’m not sure… Maybe. Insatiable hunger for magic, versus insatiable lust for killing. Sort of a toss-up, wouldn’t you say?” He guides her along the wall toward a fenced area.

Anarchaia chuckles a lighthearted laugh. “I was only kidding, Mr. Serious. Though if I had to choose…” She taps her chin again as though the decision is a difficult one. “I’d kill myself.”

Koltira hums in thought. “Good idea. I should get on that.” He winks down at her, then grabs her into one arm, pulling her closer to the wall as a wretched wanders nearer.

“Alisbeth tried to take care of that for you, already,” she says quietly, eyeing the monster as it saunters away.

“Ah, but that was for different reasons! Doesn’t count.” He takes her hand and pulls her along faster to reach the safety of Falconwing Square.

Anarchaia shrugs. “For me, I know there’ve been times where the reason didn’t matter.” She looks around the square when they arrive and gasps at a stand selling glittering jewelry. She bounds over to look.

Koltira joins Anarchaia and looks over the pieces. He points at a simple braided chain which holds an intricate silver pendant with a sapphire, pale as ice, in the middle. “I’ll take that one.” He hands over a fistful of gold.

The seller counts the gold. “This is—”

“Don’t care,” Koltira interrupts. He shifts his eyes at Anarchaia.

The woman’s eyebrows raise. “Ooohhh.” She giggles and hands him the necklace.

Koltira smiles at the mage and steps behind her to drop her hood and secure the chain about her neck. “For when I’m not around. Just stare at it and pretend it’s my eyes.”

“Oh, Kolt, you don’t have to…” The mage titters embarrassedly and touches the pendant. “It could never compare, however.” She kisses his cheek through her mask. “Thanks, love. I’ll wear it forever.”

“Until you get bored of me,” Koltira says with a laugh.

Anarchaia scoffs and punches his arm weakly. “So forever, then.” She thanks the vendor who smiles sweetly in response.

“If you insist,” the death knight says. He pulls her close and smiles as he guides her to a high archway that leads back into Eversong Woods. “Now, for lots of walking.”

Anarchaia laughs and pulls her hood back up. “You say that like I’m not prepared…or willing.”

Koltira chuckles. “I’m just making sure you’re committed to the cause.”

Anarchaia brushes her fingertips across the hanging branches of a willow as they pass beneath it. “This place is eerily beautiful. Maybe I’ll build my house here.”

Koltira forces a smile. “Oh, yeah? For the record, it wasn’t this glum when I lived here…”

Anarchaia tilts her head to look at him a few feet behind. “I’m sure it wasn’t. In fact, I bet it was a lot prettier. But this is pretty, too.” She bends down to disturb a patch of long grass; numerous glowflies flutter angrily out and into the sky.

Koltira eyes Tranquillien in the near distance. He hesitates in his step. “It’s getting quite late, wouldn’t you say?”

Anarchaia notices the falter and stops to turn and look. “Are you afraid of the dark?” she jokes with a smirk.

Koltira stops and frowns. “You know I’m not. I just…” He purses his lips and stares at the small town again.

Anarchaia glances back over her shoulder at the buildings, then back to him. “You don’t want to go.”

Koltira swallows. “I guess I’m more apprehensive of visiting the place where my brother died, than where I died. I’m sorry.”

Anarchaia furrows her brow upward and trots to his side. “It’s okay. Don’t be sorry. We don’t have to go. I can bring us back to Silvermoon…”

The mage gives a reassuring smile and nods, holding out her hands. “Then a drink you’ll have.”

Koltira smiles and sets his hands in hers. “Ana, have I told you today that I love you?”

Anarchaia’s eyes widen slightly and she bites back her smile, her cheeks warm. “D-don’t let go.” The two disappear and reappear only feet from the gates of Silvermoon. The guards flinch as if to ready an attack, then recognize the two and ease again.

The guard nods a greeting and sighs as though having been excited at the aspect of action.

Anarchaia heads through the gates and glances up at the statue as they pass. “Sorry I couldn’t get us closer to the portal. I’ve already forgotten what the room looks like. Heh.”

He shrugs. “That’s okay. More time in the city, at least.” He reaches out to take her hand.

The mage takes his hand in hers, her smile broadening behind her mask as they walk. When they do finally reach the palace and find their way back to the portal room, she stops and turns up to him. “I…didn’t show you everything, either.”

Koltira smiles endearingly. “That’s okay. Maybe one day we won’t be so damaged by our pasts that we can’t bring ourselves to revisit certain places.” He tilts his head at the portal. “Come on.”

The mage nods, leading him through the portal and back into the streets of Dalaran. She inhales the fresh air that one can only breathe miles into the sky. “So where to?”

He sighs, not wanting to say what he knows he needs to, to keep her out of trouble. “Do you need to check on Ali? Make sure she’s not…getting you in trouble?”

Anarchaia’s smile falls and she sighs, nodding. “Yes, I suppose so.” She turns in the direction of the Legerdemain Lounge.

Koltira slides his hand around her waist and pulls her to his side. “Just a quick check and then drinks. Nothing to worry about.”

“Whatever’d please you,” she says with a smile, turning into the lounge. Her smile again falters at the sight of Grimory and Alisbeth on the couch, the demon hunter biting at her collarbone. “Seems fine to me.”

“When did they get so…public about it? It’s really…” He doesn’t finish his sentence.

“Disconcerting?” Anarchaia finishes, turning around to sit at a bench outside instead.

Koltira shrugs. “I was going to say disgusting, but that works, too.” 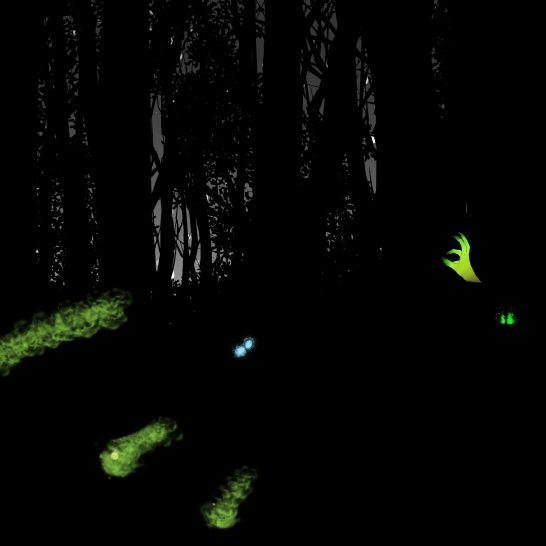 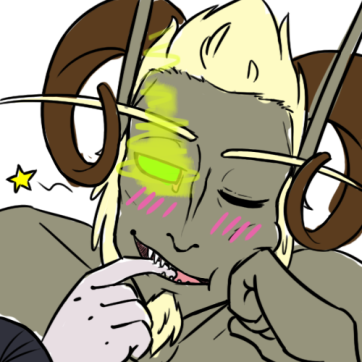